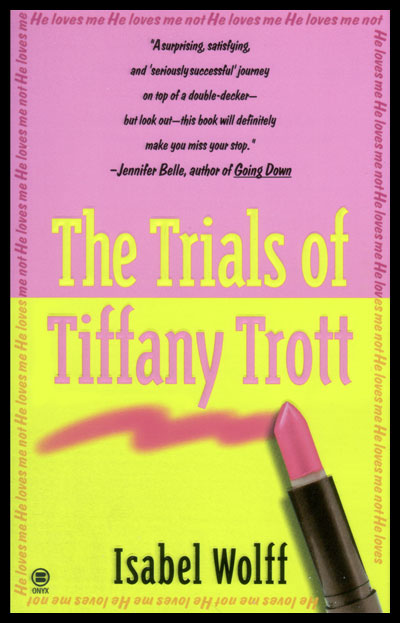 The Trials Of Tiffany Trott

AN ENGAGING FIRST NOVEL THAT TAKES A HUMOROUS LOOK AT THE EVER-GROWING SINGLES SCENE, AND THE DILEMMA OF SUCCESSFUL THIRTY-SOMETHING WOMEN TRYING AND OFTEN FAILING TO 'HAVE IT ALL.'

Tiffany Trott is attractive, eligible and sparky - so why is she (as her bossy best friend puts it) a 'complete failure with men'? Stung into indignant action, she decides she'll hunt down Mr Right herself – or even Mr All Right, who's got to be better than the Mr Catastrophics who litter her recent past. So begins Tiffany's eventful odyssey through the Love Jungle. From blindingly bland dates to introduction agencies, small ads and Club Med, Tiffany tries the lot in her quest for a mate. But as she ponders her puzzling lack of a life partner, Tiffany watches her friend face problems of their own – and begins to wonder whether marriage and motherhood is quite what she wants after all...

Buy The Book
"I absolutely, genuinely loved 'The Trials of Tiffany Trott.' It's quite a while since I enjoyed a book this much. To be frank I wish I'd written it myself. It's very funny, charming, upbeat and unputdownable. Acutely observed and so well written. I was completely diverted and entertained."- Marian Keyes
"The irrespressible Tiffany Trott - a woman who does NOT think optimism is an eye disease. A delightful debut."- Kathy Lette
"Had me laughing out loud."- Woman's Weekly
"This summer's hottest read."- Cosmopolitan
"Among the swarm of mediocre Bridget Jones clones Tiffany stands out. The story of her attempts to land a man really sparkles as, cultured, humourous and kind-hearted she picks her way through a maze of small ads, dating agencies, singles-only dinners and Club Med holidays... Wolff makes her quest into a happy romp that slips down as agreeably as ice cream."- The Independent on Sunday
"Tiffany is a modern Lizzie Bennet... A funny and wickedly true portrait of Nineties Britain."- Scotland on Sunday
"Tiffany is a very engaging creation with a knack in witty one-liners."- The Sunday Express
"A hilarious novel."- The Independent
"A hilarious debut novel."- The Mirror
"On the compulsive reading list for thirty-something women and anyone interested in understanding them."- The Literary Review
"A very, very funny book."- Talk Radio
"The Trials of Tiffany Trott is hilarious."- The Weekly News
"A light-hearted yet honest look at the modern dating game."- The Times
"An engaging debut novel... A sparky tale of one thirty-something's tortuous - and frequently very funny - odyssey through the singles scene."- Publishing News
"The Trials of Tiffany Trott will make you laugh out loud. It is genuinely witty, and the eponymous character is an absolute delight."- Evening Echo
Tweet Follow