Top 10 books set in the Midlands 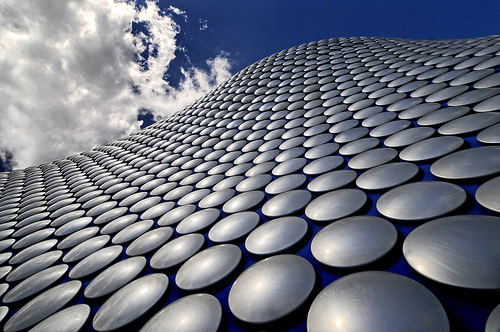 Novelist Isabel Wolff was born and brought up in Warwickshire and is the author of six bestselling romantic comedies, the latest of which is A Question of Love. She chooses her top 10 books set in her old stamping ground, the Midlands.

Coe goes back to his Brummie roots in this novel about a group of grammar school boys who inherit the editorship of their school magazine. Set against the backdrop of the Birmingham pub bombings, strikes at Longbridge, and the collapse of Old Labour, it's a clever and touching comedy of personal and political upheaval. What a Carve Up! is also brilliant, but I found this a more satisfying, involving read.

This extraordinary, experimental 'book-in-a-box' was published in loose-leaf format so that the separately bound chapters can be read in any order, paralleling the random nature of human thought. It's about a journalist who goes to Nottingham to cover a football match, but who spends the day remembering happier times spent there with his best friend, Tony, who is dying of cancer. Heartbreaking.

ANITA AND ME
Meera Syal

A poignant and amusing novel about a nine-year-old Punjabi girl's childhood in a rural mining village near Wolverhampton. Meena's family are the only Asians in the village, and Meena's witty, sly insights about some of their culturally crass neighbours are delicious. The novel is particularly touching on the emphemeral nature of childhood friendships, and, unusually, was turned into an equally wonderful film.

Although this "Study of Provincial Life" is set somewhere in "the English Midlands", Middlemarch is probably a smaller version of Coventry, where Eliot lived with her father for 10 years. It's the story of the beautiful, rich, but hopelessly idealistic Dorothea Brooke. She could marry anyone, but chooses the old, ugly, but intellectual vicar, Edward Casaubon - with disastrous results. It might be 800 pages long, but it's still an engrossing, pain-free read.

THE ROAD TO LICHFIELD
Penelope Lively

In this suspense-filled novel, Anne Linton is a middle aged history teacher married to a stodgy barrister. Her father is in a nursing home, so she begins the fortnightly drives to Lichfield to visit him. She also has to clear the old family house, and while doing so she discovers that secret payments have been made to a woman who was her father's mistress for many years. Anne's entire perception of her father's life - and her own - begins to change.

A hilarious satire on academic life in Britain and the US, in which Phillip Swallow, an academic from the redbrick University of 'Rummidge' (Birmingham) does an exchange with Professor Morris Zapp from the plate glass Euphoria State University (Berkeley). Set in 1969 amid student revolutions and moon shots, it established Lodge as a writer who could be simultaneously serious and entertaining.

Hughes' famous coming-of-age tale exposes the cruelty of English public schools before Arnold's radical reforms. Tom Brown struggles for survival in a school where mob-rule prevails, and where the older boys - particularly the sadistic bully, Flashman - torment the younger ones without restraint. Though necessarily didactic, and sometimes cloyingly sentimental, it's also highly entertaining, not least because Flashman is so wonderfully despicable.

A story of heartache and loss set in Birmingham, the novel centres on unconventional Kitty, a children's book critic, and her eccentric family. Something terrible has happened to Kitty; she goes to the school gates with all the other parents, but it soon becomes clear that she has no child - her son, Henry, having died at birth. Despite the depressing premise, it's an engrossing, and even enjoyable, read.

The Rainbow chronicles the lives of three generations of the Nottinghamshire Brangwens, setting their passionate human relationships against a cold industrial culture. It begins with Tom Brangwen and his hasty marriage to the Polish widow, Lydia, and spans the next 60 years. The stories of Ursula and Gudrun Brangwen were continued in Women In Love.

The Rainbow chronicles the lives of three generations of the Nottinghamshire Brangwens, setting their passionate human relationships against a cold industrial culture. It begins with Tom Brangwen and his hasty marriage to the Polish widow, Lydia, and spans the next 60 years.