The writing at the ball 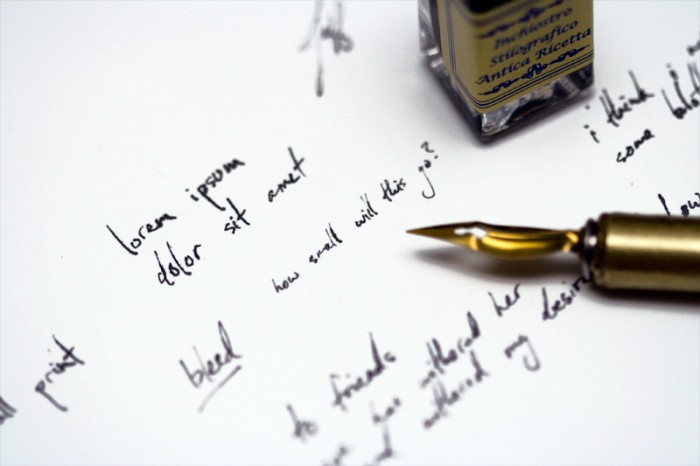 Isabel Wolff finds it is the season for graphology

'PEOPLE these days expect a lot more for their money than dinner, a disco and a raffle,' said Judy Tarlo, the PR consultant for the Action on Addiction charity ball. We surveyed the crowds of prosperous-looking middle-aged men and women thronging through the ballroom of the Grosvenor House Hotel. It had been turned into a funfair for the evening. There was a helter- skelter and a rainbow-striped big top, and the guests were being greeted by jesters, fire-eaters and stilt-walkers.

'I mean, most of these people probably go to about 20 balls a year,' Miss Tarlo continued. 'They can get pretty blase, so the Action on Addiction committee decided to do something totally different.'

A passing waiter offered us a mini-hamburger that was about an inch across. 'That's actually the starter for supper,' Miss Tarlo informed me. 'Everything here is sponsored. The first course is sponsored by an advertising agency, the main course by the Bankers' Trust, the pudding by a firm of solicitors, and the entertainments by the Reuter Foundation. The charity is hoping to make a clear profit of about pounds 50,000 tonight.'

By now the fairground stalls were filling up. The longest queue by far was for the graphologist, Emma Bache. 'Graphology is quite a new thing,' said Miss Bache. 'My main problem is educating people about what it is. I tell people what I do and they think I'm a pathologist - cutting up dead bodies]'

It seems that graphology (the interpretation of personality through handwriting) has become the most fashionable amusement at smart parties: Miss Bache said she had already entertained guests at the birthday bashes of the Duke of Roxburghe and Lord Lichfield.

'Ooh, it's Gypsy Rose, let's cross her palm with silver, shall we?' said an already inebriated man in a white tuxedo as he staggered past the table. 'You are going to meet a tall dark stranger in a London hotel . . . Oh my God,' he expostulated, clapping his hand to his mouth in mock embarrassment, 'I thought she was a bloody fortune-teller.'

'See what I mean?' said Miss Bache with a sigh as her first client, a bosomy blonde in a pink sequined dress, sat down with a slightly apprehensive air. 'Write anything, it really doesn't matter what,' she said, handing her a small piece of blank paper. 'I need about three or four lines. And please use your own pen, if you have one.' The woman delved into her patent leather handbag, and then scribbled rapidly.

'This is a very original hand,' said Emma. 'It's very creative and there's a lot of sensitivity. But you can be quite sharp and critical towards other people. You're also very straightforward, certainly not one to beat about the bush.'

'How on earth can you assess someone's character from their handwriting?' I whispered to Emma, as a juggler strolled by with a spinning blur of coloured balls. 'I look for the most dominant characteristics,' she replied. 'For example, the slant, the pressure, the letter size, and spacing. It's all a question of how they're combined.'

'You're a very dreamy, idealistic sort of person,' said Emma to a young American woman, who turned out to be the wife of the swimmer Duncan Goodhew. 'There's great energy here, but you're also quite restrained and tense.'

A voice over the Tannoy called everyone down to supper, where monocyclists whizzed to and fro between the tables. In the far distance of the ballroom I could make out Sir Leon Brittan, Richard Branson and Cecil Parkinson. 'Ooh look, knives and forks,' said a young man as he seated himself at our table. 'I thought we'd all be given syringes]' 'What's the first prize in the raffle?' inquired another, 'A jeroboam of methadone?'

As couples took to the dance-floor after supper, Miss Bache continued her rounds. 'Here, what do you make of this?' said Richard Branson, handing her a piece of paper covered with a large, round hand.

'There's a lot of secrecy here,' she said. 'You don't waste your time, you want to move ahead quickly. You're very straightforward, flexible, and not overly emotional.'

'Did you buy all that?' I asked him, raising my voice above the music.

'Yes,' he said. 'But only because she was quite flattering. I wouldn't have believed it for a second if she'd said anything remotely unpleasant.'

'I can't help noticing that you're fairly polite about everybody,' I said to Miss Bache. 'I mean, if you noticed that someone had obvious criminal, psychopathic or suicidal tendencies, would you tell them?'

'No I wouldn't, she replied, lowering her voice. 'At least not in this kind of context. If anyone wanted a really detailed nuts-and-bolts analysis then they'd have to come to me on my own. I've been hired to entertain people.'