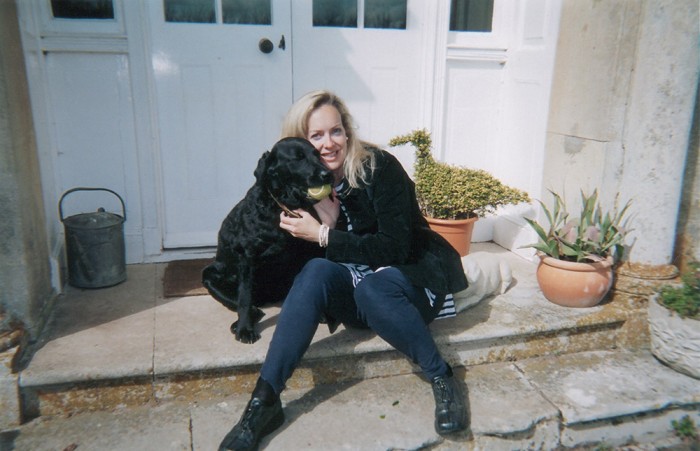 I read a lot and always evangelise about anything which has made an enduring impression on me and so I'd like to recommend these ten wonderful books to you.

WHAT A CARVE UP!
Jonathan Coe

A riveting satire on the powerful upper classes in eighties Britain as symbolised by the monstrous Winshaw family whose sprawling tentacles reach into every area of public life. Their innocent biographer, Michael Owen, gradually unravels their corrupt grasp on politics, health, newspapers, agriculture and the arts only to discover that they have had a devastating effect on his own life. Though the characterisation is slightly exaggerated in order to entertain, the book is deadly in its accuracy. But Coe is too intelligent, too subtle - and too generous - to make pompous, sweeping judgements about how dreadful the Winshaws are. Instead, he simply shows us them as they are and lets them hang themselves. The spectacle is richly comic, highly entertaining, and often shocking. This is a breathtakingly clever, outrageously funny, and extremely rewarding book which would surely make a marvellous film.

I love Anne Tyler's books and this is my favourite. The hero, Macon Leary, who writes travel guides for Americans who hate travelling, suffers a family tragedy which is threatening to destroy his marriage. He then meets the rather vulgar Muriel, who offers to train his difficult dog, Edward; but Macon finds that Muriel is also retraining him, leaving him decidedly rattled. By turns funny, sensitive, and sad, 'The Accidental Tourist' is a truly life-affirming read. For Muriel's challenge is to teach Macon to live again, but this time to live properly, embracing the chaos and flux - and the fun - of life, rather than remaining stuck in his ossifying old ways.

A short, but gripping story about the new political order in South Africa and about the painful compromises made by the whites who choose to stay. David Lurie, an academic, is denounced by his university for having an affair with a student. Willing to admit his guilt, but refusing to give in to political correctness by repenting in public as his dean demands, he resigns and goes to live with his daughter Lucy on her smallholding. Just as he regains his equilibrium he and Lucy are the victims of a savage attack. Though raped, Lucy refuses to denounce her assailants, believing that this is a sacrifice that she must make - as an act of atonement - in the new order of things. Coetzee's prose is spare, but exquisite, and the narrative is engrossing. What is so clever is that although the book is against political correctness, its agenda is a liberal one. This is a profound and very moving novel.

Another book about political correctness in universities this time in 1990's America, where Coleman Silk, a respected academic has been hiding a secret for fifty years; a secret about his own origins which no-one - not even his wife and four children - knows. A friend, Nathan Zuckerman, sets out, after Coleman's suspicious death in a car crash, to understand how this eminent man managed to fabricate his identity, and discovers how that carefully controlled life came unravelled. A harrowing and completely absorbing novel with a shocking conclusion.

You've probably all read this - it's become a modern classic after all - but for anyone who hasn't I urge you to read it and enter the world of preppy Ivy League Hampden college in New England. There, the hero, Richard Papen, who is from an ordinary background in California, falls in with a group of five gilded youths who are studying Greek with him. Enchanted by their glamour, aestheticism and charm, he watches as they descend from affected ennui into total moral decline as they plan the Dionysiac murder of a local farmer. They are all sworn to secrecy, but one of the group cracks, and another murder is soon being planned. Tartt's plot unravels slowly and yet the book is so intense and gripping that the pages seem to turn themselves. Her prose is elegant and erudite, without being self-indulgent, and her descriptive powers are masterly. The book feels a little like Brideshead Revisited in some ways - the poor outsider attracted to, and yet repelled by - his glamourous, socially elevated peers. But at the same time this is a startlingly original, and timeless read. I hope Donna Tartt's long-awaited second novel, 'The Little Friend', won't disappoint after this awesome debut.

A savagely funny thriller set in contemporary Oxford and with an anti-hero who is unlovable, unreliable - in fact thoroughly bad - and yet such brilliant company that you find yourself rooting for him as he sets out to destroy the dull but happy suburban marriage of Denis and Karen, and soon finds that a bit of adultery has somehow led to murder. The first person narration takes us right inside the head of this erudite, Machiavellian, indeed almost diabolical, character. We may not like him, but he is fabulously entertaining and the humour is as black and glittering as anthracite.

Helen Simpson's first collection of short stories established her as one of Britain's finest writers, and won her the Sunday Times Young Writer of the Year award as well as a place on the coveted Granta Best of Young British Novelists list in 1990. Loads of you will have read the wonderful 'Hey, Yeah, Right, Get a Life' collection published last year, but I think this is even better. It's concerned with her usual themes of love, marriage, independence, sex and motherhood and there's one wonderful story, written in the style of a Greek play, with a chorus of two midwives. Helen Simpson's prose is elegant and acutely observed; she has a shrewd, darting eye - a bit like Muriel Spark - and no telling detail evades her mischievous gaze. All Simpson's short stories are excellent - she has made a slightly unfashionable form her own - but, like many of her fans, I wish she'd write a novel as well.

Helen Simpson is peerless when it comes to writing about motherhood in fiction - and in 2001 Rachel Cusk in 'A Life's Work', was equally acclaimed for her non-fiction treatment of this theme. I love Rachel Cusk's novels too, which are quietly gripping, told with irony and insight, and written in fine, resonant prose. This debut novel, which won her a Whitbread prize, is a lovely introduction to her work if you haven't yet had the pleasure.

FROST IN MAY
Antonia White

Fernanda Grey, Protestant daughter of a Catholic convert is sent to a convent in 1908 where she soon learns to conform to the rigid authoritarianism and petty cruelty of the nuns whose mission is to 'break' each pupil like a horse - to tame her for Christ. The book remorselessly charts the series of small emotional humiliations they inflict on the heroine, which have entirely the opposite effect to the one they planned. This is a brilliant evocation of convent life - you can almost smell the incense - and the characterisation of the nuns is excellent. I re-read this classic novel every two to three years. If you haven't read it - don't miss out.

This is one of the most inventive books I've ever read - a brilliantly clever mix of some existing genres, and yet it's startlingly original too. To get a flavour of it imagine a collision between 'Alice in Wonderland', 'A Brief History of Time', 'The Hitchhikers Guide to the Galaxy', 'Farewell My Lovely', 'Being John Malkovich', and 'Jane Eyre'. It's a wildly whacky and very funny mix. The heroine, Thursday Next, is a literary detective hot on the heels of the evil Acheron Hades who enters the manuscripts of classic books and kidnaps minor characters and holds them to ransom. The cast also includes a pet dodo, some bookworms who eat propositions and semi-colons and then do raNdoM caPiTaliSaTioN, and there are cameo appearances by William Wordsworth and Mr. Rochester. Who would have thought a book set in Swindon could be this entertaining?

There is so much wonderful commercial fiction on the market at the moment - the last five years have seen a flowering of hugely entertaining and clever books by Marian Keyes, Wendy Holden, Jessica Adams, Lisa Jewell, Polly Samson, Anna Maxted, Jenny Colgan, Cathy Kelly et al. (no room to mention them all). For a taste of their talents which will surely lead you to their books, I thoroughly recommend the four short story collections published by HarperCollins in aid of Warchild, and No Strings International: 'Girl's Night In', 'Girls Night Out: Boy's Night In', 'Big Night Out' and, most recently, 'Ladies Night'. Four wonderful books in support of a very worthwhile cause. Enjoy.