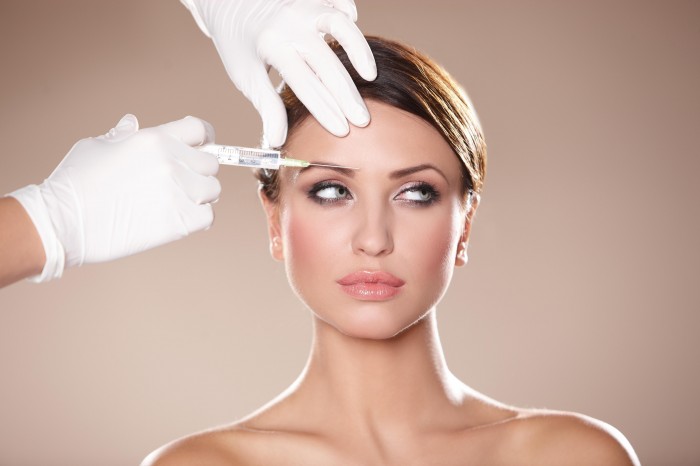 I'm sitting in the Wimpole Street surgery of Jean-Louis Sebagh - the Botox "king". He lives in Paris but spends three days a week in London, smoothing the brows of the celebrated and the civilian. Demand for his deft needlework is brisk. "I've had some very agitated ladies on the phone this morning," his personal assistant, Dale, confides. "But I explain that they'll just have to come in and wait." According to Dale, most of the women who flock to Dr Sebagh are neither rich nor royal, but "normal" forty- and fifty-somethings anxious to stop the clock. They are clearly also afflu-ent, because this supposedly wondrous anti-wrinkle procedure costs £300 a pop.

So what does Botox Woman make of Tony Blair? "He's completely plastic," says "Louise", 42, an interior designer. She explains that she's just had Botox in her brow, and has also had her nose-to-mouth lines plumped up with Restylane, an injectable "filler". "Blair is so artificial," she goes on as we chat in the VIP waiting room. I ask her whether she feels uncomfortable having the most poisonous substance known to man injected into her face. "Not at all - Botox is lovely - but Blair's like a puppet," she replies. "Those staring eyes. That fixed grin. I look at him and - no - I don't actually," she corrects herself crossly. "These days I turn him right off."

What accounts for her disillusionment? "Oh . . . everything," she sputters. "The NHS - the whole terrorist . . . thing. Immigration is way up there, and as for Iraq - weapons of mass destruction? If you ask me, there's more botulinum toxin in this surgery than Saddam Hussein ever had."

I ask her whom she would prefer to see as prime minister. "I don't know . . . Maybe Gordon Brown. He's clever," she muses. "But then his hair's so awful - and that funny thing he does with his mouth." Perhaps he should have it Botoxed, I suggest. Louise looks horrified. "No, because then he'd be unable to eat. But there's no competition," she goes on. "We do need an alternative to Blair, someone like, I don't know - Pierce Brosnan or Colin Firth," she says happily. "Now he'd be fantastic . . ."

Next I talk to "Caroline", who owns a chain of hairdressing salons. At 45, her features are as smooth as a baby's rear end. "Oh, that's not Botox," she explains. "I've just had a facelift." She pats her hairline. "I've come in to have my stitches out." Isn't she a bit young for that? "No," she replies in a matter-of-fact way. "Because my face had just . . . gone. And once your face has gone, well," she shrugs, "that's it, isn't it? But now I look like I did at 35." Caroline says that she distrusts Blair. "He's not true to himself. That's why women are deserting him - because he's not natural, and we don't like that."

Two days later I'm at the Saks salon in Covent Garden, chatting to "Fiona", 27, as the practitioner Diana hovers over her recumbent form with a syringe. "Why are you having Botox?" I ask Fiona as her brow is punctured.

She replies: "Because I'm getting a line in my forehead, and this will stop it developing in the way that no amount of Creme de la Mer ever will."

The procedure over, she sits up, blinking like a Furby, while Diana applies a soothing gel. "Tony Blair's had it, you know," says Fiona as she gets off the table. "Not on his face - in his armpits. For hyperhidrosis," she adds knowledgeably. "Excessive sweating."

I ask her if she voted for Blair last time. "I did. But I won't this time." Why not? "Because of the tsunami." That was hardly his fault, I say. "It wasn't," she agrees fairly. "But when it happened, he was on holiday. Did he come straight back and sort it all out? No," she says. "He did not." The faintest shadow of a frown crosses her brow. "I'm afraid I lost a lot of confidence in him then."