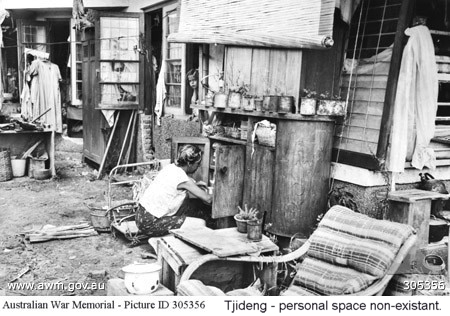 Today’s 70th Anniversary of VJ Day is not simply a historical milestone, but the last commemoration that will be attended in any numbers by those that fought in the Far East. The sight of these veterans, many now in their nineties, will therefore have an added poignancy and solemnity. Their Burma Star berets and Far East Prisoners Of War Association insignia will evoke the horrors of the Pacific Campaign. As they parade down Whitehall the focus will be on the atrocious conditions that they endured as combatants and captives, their pain in the final months made worse for knowing that in Europe the war had ended and people were returning to their normal lives. When the Japanese surrendered, the Commander of the Allied Land Forces in the East, General Slim, told his men: ‘When you go home, don’t worry about what to tell your loved ones and friends about service in Asia. No one will know where you were, or where it is, if you do. You are, and will remain, the Forgotten Army.’ But today the world will remember them, with the focus, inevitably, on the cruelty, starvation, physical neglect and slave labour that came to characterise the War in the East. Marching with these survivors will be another ‘forgotten’ group – the civilian internees. 130,000 Allied civilians, of whom 18,000 were British, also spent three and a half years as ‘Guests of the Emperor’. Already living in the region as missionaries, teachers and planters, men and women were rounded up, separated then trucked away to the 350 internment camps that the Japanese had swiftly created. Some camps were in old government buildings or disused barracks: some were in the jungle: many were simply fenced off areas of cities such as Batavia (now Jakarta) and Bandung. There the women and children were crammed sixty at a time into houses that would normally have accommodated one family. With such appalling overcrowding dysentery and typhus were rife: there were no medicines and education was banned. ‘I used to write my numbers in the dirt, with a stick,’ says Hermance Clegg, mother of the former deputy Prime Minister, Nick Clegg. Aged 5, she was interned, with her mother and two sisters, in Java’s worst internment camp, Tjideng. ‘My mother engaged a teacher to teach my older sister maths, and for that she had to give her as payment a piece of ‘bread’, which was really just a tiny transparent block of soya, one centimetre thick, which was her daily ration.’

In the camps, women and girls over the age of ten were forced to do ‘useful work’. Those still strong enough to do so had to chop wood in the dapur, the central kitchen, while others had to repair the fencing, or make bamboo coffins for the rapidly increasing number of dead. In addition to these degrading and depressing tasks, the women were brutalised by their guards who regarded their captives with contempt. To look a soldier in the face or fail to bow to him would incur a vicious slapping that could break a nose or loosen teeth. To trade one’s meagre belongings for food with the locals through the fence would be to risk a severe beating, or to have one’s head shaved. Then there was the hated ‘tenko’ or roll call which took place twice a day – more often if the camp Commandant demanded it, which the sadistic Lieutenant Sonei, of Tjideng, frequently did. ‘We had to stand there, then bow from the waist at an angle of 90 degrees,’ Mrs Clegg explains. ‘After that the soldiers counted us but they were very bad at counting and there were thousands of us, and each time they lost their way and had to start all over again. It took ages in the burning sun and we weren’t allowed to wear hats or sit down.'

Even worse than the brutal treatment and exhausting work was the chronic lack of food as the supply of rice to the camps dwindled. By the end of the war the daily ration was half a cup per person per day. ‘What was most poignant of all is that mothers had to resist giving their own rations to their children,’ recalls Hermance Clegg. ‘They knew that they had to keep themselves alive, in order to save their family, but to see your child weakening through lack of food must have been agonising. In this respect I believe that the internees were treated worse than the POWS, because from what I understand, they were given even less food. ’

By the time the camps were liberated, 14,000 civilians had died of starvation, exhaustion or disease. Like the POWs in their loin cloths, the physical and psychological degradation of these women was complete. Like the POWs, they were skeletally thin and half blind with malnutrition. Yet, seventy years on, there’s little general awareness of what they endured. When I published my novel ‘Ghostwritten’ about a Dutch girl interned on Java, the most common reaction from readers was ‘I knew about the POWs, but I’d never heard about this.’

‘I do think that the civilian story in the Far East has been overlooked,’ says military historian, Dr Sarah Ingham. ‘But this is primarily because Europeans had been through so much, with millions displaced and killed, and people trying to come to terms with the enormity of the Holocaust. This is not in any way to belittle what happened to civilian captives in the Far East, but it must have seemed very remote to a Europe where people had suffered so much.’

Perhaps another reason is that the epic scale of the construction projects that the POW’s were forced to labour on - railway lines, bridges and airfields – is more appealing to filmmakers and writers. In the last two years alone there have been two Hollywood films about the Thai Burma Railroad – ‘The Railway Man’ and ‘Unbroken’ - as well as Richard Flanagan’s Booker Prize winning novel, The Narrow Road to the Deep North. True, there was the successful TV drama, Tenko, about a group of British and Australian women interned in a jungle camp on Sumatra, but that was thirty five years ago, and apart from the 1997 film, ‘Paradise Road’, set in a camp on Sumatra, there’s been almost nothing about the internees since.

But there’s another reason why the male/military narrative has come to dominate the story of the War in the East, which is that the returning soldiers had their regiments to support them, commemorate their courage, and preserve the memory of what they had been through. For the internees there was no such support. They returned to Holland or Britain or Australia and simply got on with their lives. ‘A regiment, or veterans association, where people exchange reminiscences and photos provides an enormous and very important sense of comradeship,’ says Dr Ingham. ‘It must be a huge comfort to be in touch with people who have shared, and understand, the same experience. This is not available to civilians, and so their stories aren’t commemorated in the same way.’

Ghostwritten is published by HarperCollins.